So we’re nine months into Donald Trump’s presidency, and America’s inauguration babies are busy clawing their way out of their mums’ noxious

Would Trump start World War III to stifle Russian probe? Of course he would

Would Trump pull the pin on the grenade just as the gendarmes start to close in? Well, why wouldn’t he? 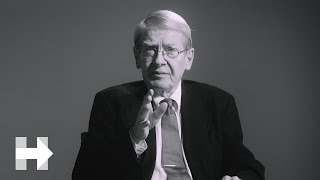 This 2016 anti-Trump ad is eerily prophetic

Everyone in the world is terrified right now that a toxic orange cloud of pure, horrific destruction might explode in front of them at any t

This is what happens when you elect a deranged president just because you assume he can’t possibly be as crazy, stupid, or unhinged as he ap

Now we’re on the cusp of a real crisis in East Asia, and Trump has no clue what to do about it. His initial instinct was to — you guessed it

Earlier today, North Korea responded to the recent death of U.S. citizen Otto Warmbier by saying it was the “biggest victim” in the tragedy.

He thinks that ... oh, Christ, just read the quote for yourself

So Donald Trump, who has the social graces of an irritable bowel on Carolina reaper peppers and Costco soft-serve ice cream, thought it would be a good idea to visit Walter Reed Medical Center over the weekend. Apparently, he loves pinning medals on wounded soldiers almost as much as pinning terrified women against inexpensive drywall. Here's what he said while presenting the Purple Heart to Army Sergeant First Class Alvaro Barrientos: "Congratulations. Tremendous." Barriento

Over the weekend, while Donald Trump was playing my-dad-can-beat-up-your-dad with Kim Jong-un, he claimed he was sending "an armada&quo
1
2
Submit Another Reason